WordPress vs Magento: What’s Best For You?

In today’s age of the internet, when someone wants to create a website they’re most likely going to use a content management system (CMS), such as WordPress and Magento.

In a Nutshell: CMS are handy online platforms which provide tools that let users build websites suited to their personal or business needs.

It’s estimated that half the active websites found online were built using CMS, and of these WordPress and Magento are certainly among the most popular. Now, at first glance, this might make both platforms sound pretty similar, but that’s far from the truth.

As you’ll come to see, both platforms were designed to cater to specific kinds of websites. So, when it comes to finding which CMS is best for you, the big question to ask yourself is simple:

While you start thinking about that, let’s look at what both of these CMS offer by themselves.

WordPress was originally designed as a platform for blogging in 2003, and has since exploded in its popularity and versatility.

Now the most widely used CMS online, WordPress is renowned for being able to produce virtually any kind of website. Using WordPress is largely considered to be a very user-friendly experience, with total website customization being one of its most impressive features.

Perhaps best of all, whatever isn’t possible with WordPress after installation alone can be added with the help of plugins. There’s a whopping 56,000 plugins available on the WordPress marketplace, and that’s not including those made by 3rd party developers.

For reference, you can see the 3rd party plugins we’ve developed to enhance our customer’s WordPress experience here. If your website’s goal is to sell products online through an Ecommerce webstore, Magento will likely be your perfect pick. The comprehensive Ecommerce platform was released publicly in 2008, and has since become a favorite for online sellers.

Note: Magento still ranks 4th for the most popularly used CMS in the world. Being a strictly Ecommerce focused platform, this makes its ranking alongside broader CMS platforms even more representative of its quality.

Like the plugins of WordPress, Magento offers extensions that are created by both 1st and 3rd party developers. There are over 4,000 to be found and browsed in the Magento marketplace. When installed, these extensions also increase the abilities of Magento websites by adding features such as automated store coupon distribution and multi-vendor functionality.

You can find 3rd party extension’s we’ve developed to assist with our customer’s Ecommerce efforts in Magento here.

The Difference Between Magento 1 and Magento 2

If you Google around, you’ll quickly notice there are currently two versions of Magento available, Magento 1 and Magento 2.

Magento 2 is the more powerful and given the most attention. In fact, Magento 1 will eventually be retired, though the date is still unknown.

Despite this, there are many Magento 1 webstores out there as Magento 2 was avoided by some users. At launch the updated version seemed too unfamiliar for some users, and offered less extensions until recent versions. But today Magento 2 has notably more options than its counterpart, and many Magento 1 users are migrating over.

This means to avoid ending up with antiquated software, users getting into Magento for the first time should be sure start with its newest version, Magento 2. 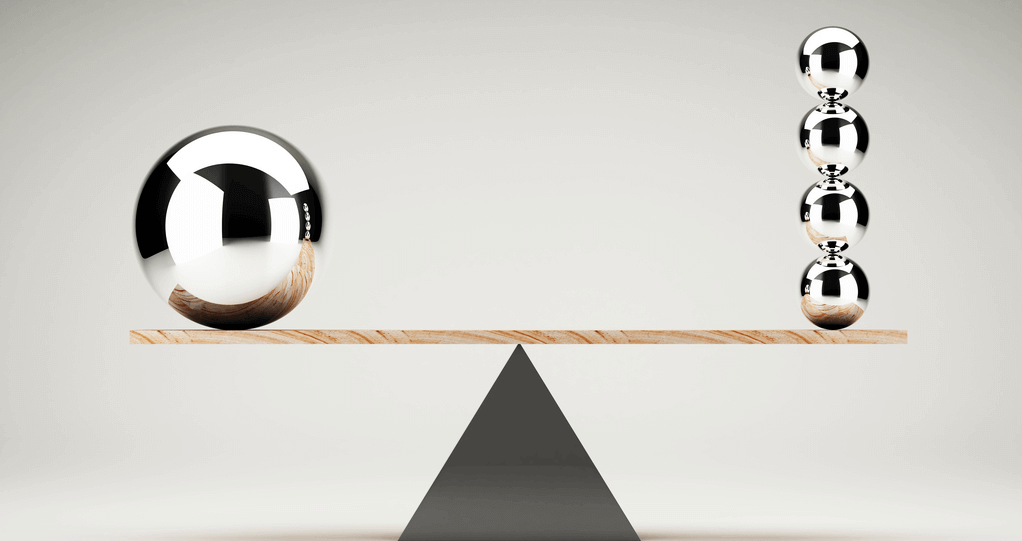 Though they are often evaluated together, it isn’t entirely fair to place Magento and WordPress side-by-side in the same arena.

Yes, it’s true that WordPress and Magento have striking similarities. They are both designed to naturally encourage good SEO, provide ample personalization options, and foster strong support in their communities. Plus, they are both open-source software, and respectively have tons of plugins and extensions to customize and enhance website performance.

But both CMS don’t compete directly, as they stress different functions and appeal to their own separate types of user. Or in other words, WordPress and Magento are both really good at doing their own individual things.

For Example: While eBay owned Magento between 2011 to 2015, they still used WordPress for all their blogging purposes. This alone should show that the comparison between these CMS really isn’t so much about which is better than the other, but rather which is best suited for the task at hand.

The Final Verdict: Matching the Right CMS to You

In the end, the decision of which CMS platform to use comes down to how well your website’s specific needs match the platform’s functionality. Here’s a final rundown on WordPress and Magento.

Those seeking the most broadly applicable and user-friendly option when designing a website that’s not based around buying and selling products will probably be happiest with WordPress. It offers tons of possibilities through the countless themes and extensions made by WordPress’ enormous community, including their own team.

There are even some Ecommerce plugins available that turn WordPress websites into fully operational webstores, like the massively popular WooCommerce plugin. However, when compared to the dedicated Ecommerce features of Magento, WordPress’ extensions don’t hold up as well.

If you want to freely represent content on your website—whether it be videos, blog articles, or anything else—but don’t intend on including a complex marketplace or selling many products, then check out WordPress.

Websites being made to sell products or services, or engage in any other manner of profitable Ecommerce, will do better with Magento. It was created as a platform to enhance Ecommerce operations, and it does so exceptionally well.

While other website models, such as blogs, will technically work with Magento, they’re not as efficiently made when compared to the benefits of WordPress’ many design options. Not to mention Magento’s extensions are typically focused on Ecommerce processes, and far fewer types are available than WordPress plugins.

If you’re building a website that primarily deals in products and services, whether digital or physical, look into Magento.

The First Shift To Creating Recurring Revenue
DDoS Attacks Explained: What You Need to Know to Prevent Them
Google Data Studio Tutorial – Basics, Beginner Tips, Next Steps
What Does it Cost to Design an eCommerce Website?
Working From Home During COVID-19
A Review of Ghost Kit & Ultimate Addons for Gutenberg: Extending WordPress with Blocks
Spread the love

The First Shift To Creating Recurring Revenue
DDoS Attacks Explained: What You Need to Know to Prevent Them
Google Data Studio Tutorial – Basics, Beginner Tips, Next Steps
What Does it Cost to Design an eCommerce Website?
Working From Home During COVID-19
A Review of Ghost Kit & Ultimate Addons for Gutenberg: Extending WordPress with Blocks